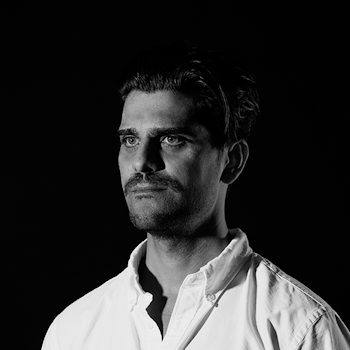 Stefan Ronge is the Chief Creative Officer for Edelman across EMEA. He started out as a (failed) independent filmmaker but now has more than 19 years marketing and pr experience and has led the creative work on award winning campaigns for clients including IKEA, Samsung, ASICS, Microsoft, Adidas and Unicef.

Stefan co-founded creative agency Deportivo, an agency that quickly acquired a global reputation beyond its Scandinavian base. Deportivo was awarded ‘International small agency of the year’ by Adage 2014 and was acquired by Edelman the same year.

Stefan went on to lead the Edelman UK creative offer, winning numerous awards across the biggest award shows, including a Cannes Grand Prix for Asics’ Eternal Run campaign in 2021. During the past few years Edelman has also made it on to the Ad Age A-list as a ‘Creativity Innovator Standout’ and showed up twice on Contagious’ Pioneers list.

Together with his brother Mattias, Stefan now heads up the Edelman creative offer across EMEA. The work his teams make together with brands still follow the same simple principle: that everything we do have to earn its space in people's lives.